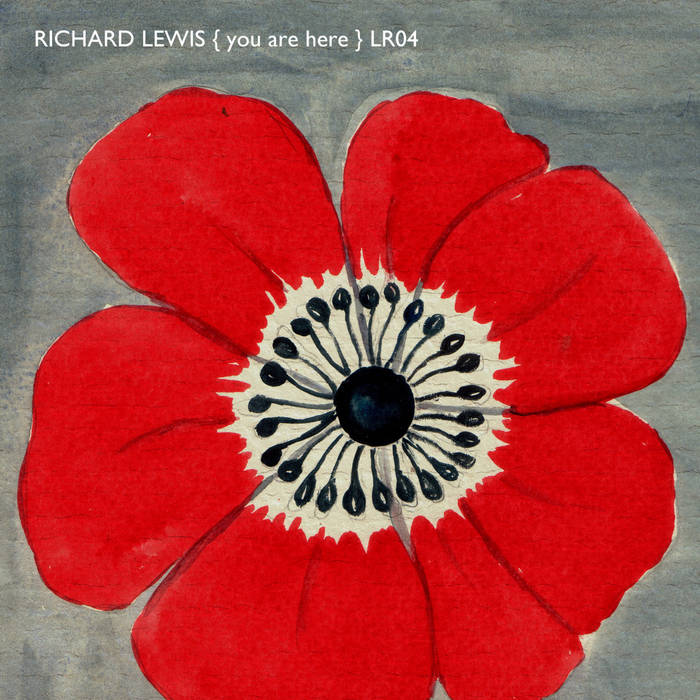 Third album from acclaimed songwriter and score composer Richard Lewis. A fixture on the Paris live circuit, Lewis effortlessly blends a range of influences from jazz, avant-rock and ambient to folk and electronica over ten captivating and atmospheric tracks. Seductive, assured and laid back, You Are Here is his most coherent and fully-realised work to date.

"In a whirlwind of creativity, instruments as diverse as flugelhorn, flute, violin, double bass and banjo, along with spikes of electronica and tribal percussion, all mix with a certain spontaneity, but no less ingenuity. This third personal album brings elegance and audacity together with sheer class to produce ten original pieces, in which the voice is more than just a supplement to compositions of unbearable talent!"

"Exiled recently in Paris, Englishman Richard Lewis took the time to bring with him in his luggage his taste for the crossover between styles and cultures and, above all, his extreme finesse in composition. Around a solid base of piano and voice, [Lewis] constructs and deconstructs rhythms of drums, layers of violins, horns and flutes, creating a dense world, rich with melody. Fed by influences ranging by turns from classical and contemporary, pop, free jazz and folk, this new album is the summit of elegance and sophistication."

"In 2012, {Richard lewis} wrote and composed the inspired and sculptural album You Are Here, addictive and attractive ... Lewis writes pop tunes that are sometimes minimalist, sometimes symphonic, decorated with with trombone, cello, violin, piano and orchestrated with subtle arrangements, bound-up with class and infinite talent. "

"So, if you purchased the entire Tindersticks catalog, but still can’t get enough of that sound, just hit the download button on Lewis’s album. It’ll give you your fix of moody vocals, heart-full-of-sorrow strings, and edge of heartbreak ambiance. Good stuff, and catchy as hell, too."

The song Anomie features extracts from 'Perles de rêve' by Jean Courdil, read by Ceres, Ezwa and Nadine Eckert-Boulet. Samples in the public domain from Librivox.org.